What kind of business model can you use that not only grows your business and ensures high-quality service to your clients but also sees every employee being well paid and successful? Need some help? Listen to the perspective that Erik Klein and Daniel Comeau bring to us from their experience growing and nurturing their company Town Health Solutions.

10 Minutes – 20 Minutes
After learning about how Erik and Dan connect to Greg and Dave, we learn about the Town Health Solutions clinic model and how they have been growing to more franchise locations. Dan shares how they’ve built their clinics based on a strong client-focused approach by making sure the people working with them are the best and invested in the clients. Erik speaks to how they can work with new grads and teach them what they need to know. The group shifts gear and talks about Town Health’s commitment to the Million Dollar Pledge initiative and how it has fit within their culture. 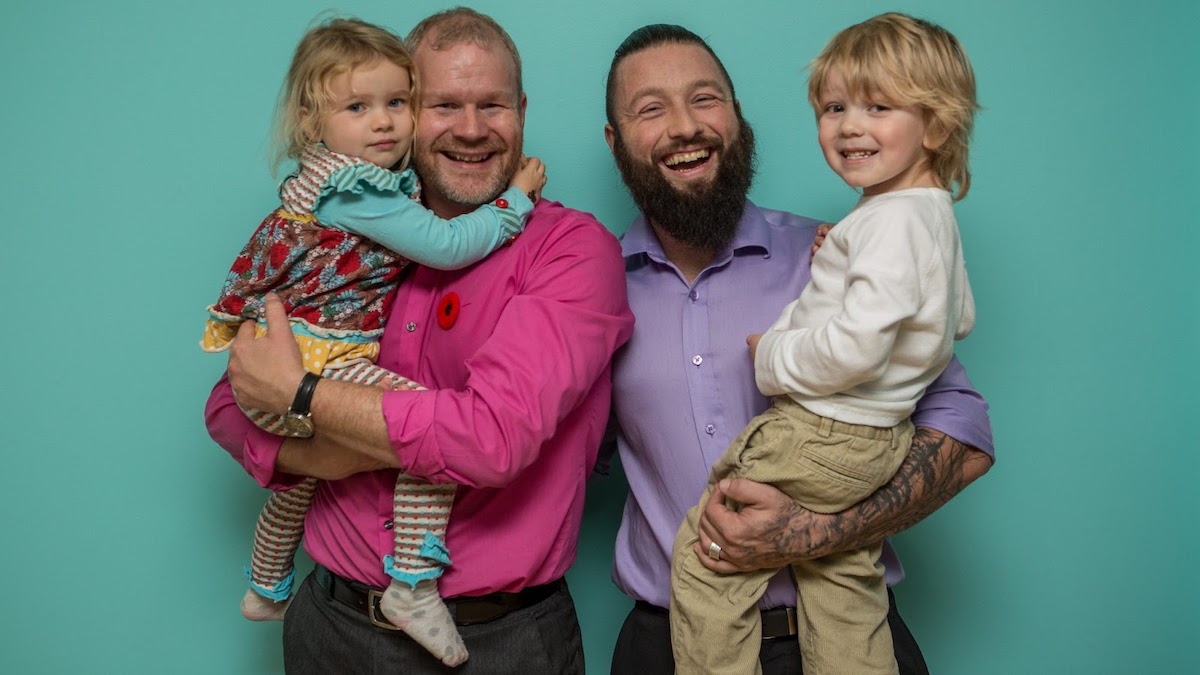 Dr. Erik Klein is an award-winning published Chiropractor with 14 years experience both as a clinician and a thought-leader in the health sector. Dr. Klein started The Town Chiropractor (now Town Health Solutions) out of his home basement in Hampton in 2004 and grew it to include eight clinics, and almost 25 staff serving Atlantic Canada.

Dr. Erik’s passion is treating complicated health conditions that have failed elsewhere. His approach is through functional neurology, modifying how the brain perceives pain and alters how the body reacts to injury. Dr. Klein is the only practitioner of P-DTR (manual functional neurology) in Atlantic Canada.
Don’t take his word for it, he’s one of the top-rated doctors east of Montreal.
Athletes seek him out as well. Dr. Erik has treated athletes from the Olympic Games to the recreational level. Organizations such as UNB Track and Field, St. Stephen Aces Junior A hockey, Minor football, and others rely on him to provide health support for their athletes on an ongoing basis. Further, he has served as the Director of Medical Services for the 2014 World Women’s Curling Championships. Dr. Klein’s style of practice is that of a problem solver, finding the ‘why’ in a person to establish long-term strategies toward achieving maximum health and function.

Ever the innovator, Dr. Klein looks to re-map how healthcare is delivered in NewBrunswick and abroad both system-wide and in the clinic. For four years, Dr. Erik was a member of the Board of Directors of Horizon Health Network he oversaw a $1.3 Billion budget, covering 13,000 public sector health workers, and 100 facilities. Dr. Klein recently published two scientific papers on cervical spine pathology.

Dr. Klein has won numerous awards, most recently the Top 50 CEO Award by Atlantic Business Magazine, the Public Service award by the Canadian Chiropractic Association in 2016, and with his partner Dr. Dan, he was a finalist for the EY Entrepreneur of the year award. This is a worldwide competition and they’re humbled to have been considered amongst the best in Canada, and the world.

To stay in shape, Dr. Klein runs masters track and field and is training for the decathlon for the World Masters Track and Field Championships in 2020. Dr. Klein is married to his beautiful wife Merab and has one daughter, Torunn. They reside in Hampton.

Dr. Daniel Comeau is an award-winning chiropractor whose career began in 2012. Dr. Comeau is single-minded in his drive to seek results-oriented solutions in the treatment of his patients. This approach has allowed him to grow a practice at an accelerated rate and tap into many local, provincial and national sports organizations, and due to this, he has largely considered an inspiration to other chiropractors in the profession.

Dr. Comeau is an opinion leader and collaborator in the profession, working very closely with provincial and national bodies such the Canadian Chiropractic Guidelines Initiative (CCGI), an organization that is charged with disseminating best practice guidelines and research-oriented approaches to the general chiropractic practitioner; as such is opinion and knowledge is frequently sought out.

Dr. Comeau’s practice focus is on athletic rehab and sports performance. He has given back to the athletic communities of Saint John, Sussex, New Brunswick, Canada, and the rest of the world through numerous volunteer positions as a medical aide, and rolls in the medical management teams of local, regional, national and international events. Most notably with the 2014 Ford World Woman’s Curling Championships and The World Pond Hockey Championships, but also with work as the team doctor for several high school and university sports teams.

Dr. Comeau has sat on several medical committees with the vision of shaping health care in New Brunswick. He also sculpts the implementation of musculoskeletal health in the province by being the COO of the Town Chiropractor, a network of clinics throughout southern New Brunswick with the mission goal of providing evidence informed, results-driven healthcare to the communities served.
Dr. Comeau’s personal time is spent with his wife, son, and another child on the way as well as a Great Dane. He’s an avid bodybuilder, traveler, and outdoor enthusiast.

No band-aids here! Our team is dedicated to getting to the root of the issue while providing you with a program to achieve the pain-free life you have been seeking.

Our clinics provide you with an all-in-one solution for your health needs. By not only having chiropractic services but rehabilitation services and complementary medicine services at our disposal, we are able to provide individual based care to ensure you are receiving the best treatment possible.

We are looking to change the way people look at healthcare. We don’t want to just provide a service but rather be leaders in the industry.