Does Your Business Need A Visit From The Humor Engineer?

Andrew Tarvin Shares How His Business Is Improving Culture At Workplaces

Do you find yourself moving from boring meeting to boring meeting? Worse yet, are you the one leading the meetings that everyone finds boring? If so, maybe it’s time to look into some humour training to help improve the culture and moral of your workplace!

Andrew introduces himself as a proud nerd and explains how he developed the skills he needed to improve his business skills. This lead to the creation of his business that helps companies bring humour into business. Andrew explains how doing improv and stand up comedy helped him come out of his shell.

Andrew talks about the goal of his business and how they aren’t trying to give people jobs to tell at work, but how to use humour to change the culture at a business. Jake asks Andrew how he realized he could make a business out of teaching how to use humour as a skill in the workplace.

Andrew shares how they get started working with a company and what the experience can be like. He shares some of the hard facts behind why this system works and what successes business can have. 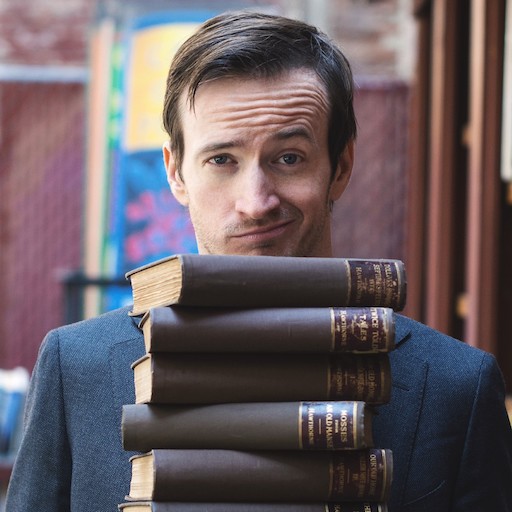 He is a best-selling author, has been featured in The Wall Street Journal, Forbes, and TEDx, and has delivered programs in 50 states, 25 countries, and 6 continents.

He loves the color orange and is obsessed with chocolate.

Through his company, Humor That Works, Andrew has helped more 35,000 people at 250+ organizations—including P&G, GE, ESPN, Microsoft, the U.S. Navy, PepsiCo, and the International Association of Canine Professional—learn to be more productive, less stressed, and happier. Combining his background in business with his experience as an international comedian, his programs are engaging, entertaining, and effective.

Prior to starting his company, Andrew was a top-rated project manager at Procter & Gamble, managing million dollar projects for a $350 million business. He is also an accomplished comedian, having performed in more than 1,000 shows all around the world.

Andrew is the best-selling author of Humor That Works: The Missing Skill for Success and Happiness at Work, has been featured in The Wall Street Journal, Forbes, and FastCompany, and his TEDx talk has been viewed over 4 million times.