David Alston Believes in Teaching All Kids to Code

Greg and Dave dive into the importance of teaching coding to kids and speak about their upcoming documentary project,Code Kids.  Dave gets the new nickname, “Cutlets”, to differentiate the Davids.  We learn the importance of teaching code to kids before grade five, and the need to “break the stigma” and get girls interested in coding.   “Cutlets” is inspired by the idea of educators as coaches.  Entrepreneurs and leaders making their communities a better place inspire Greg. 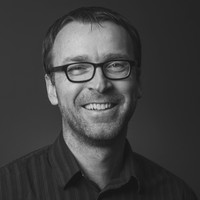 David Alston is a New Brunswick IT hero.  He has been working in the start-up and tech space for a long time.  David started at NBTel back in 1989 and has since risen to take a number of high-level positions including chief marketing officer at Radian6, and is currently the chief innovation officer at Introhive.  David also gives back to the business community as a speaker, an advisor to four start-up companies, and is on the board of directors for ScribbleLive.

However, David’s altruism doesn’t end at the business community; he also gives back to the community at large.  David began thinking that he made it to where he is today by being inspired by computing while in school.  This was the early days of computers, but his experiences helped to focus his career in tech.  David wants kids to get inspired and get ready for the jobs of the future, so he has become an advocate for teaching computer coding to kids in schools across New Brunswick.  He notes that 106,000 coding jobs in Canada will go unfilled in 2016, and it is a subject that goes largely untaught in public schools in Canada.

Programs in Estonia and Finland, where students are exposed to coding and robotics at very young age, inspired David.  In Finland, the teaching dynamic is very different than most of North America.  They use a strategy called flip classroom, in which students work on problems together and teach themselves in many ways.  Their homework is more focused on learning concepts and preparation and class time is used for implementation.  Teachers in this system act more like coaches, helping students to set goals and facilitating success.

David says the ability to code turns students into leaders.  They learn how to be creative, problem solve, and learn that failure is just another step toward success.