Michael Losier Introduces Us to The Law of Attraction 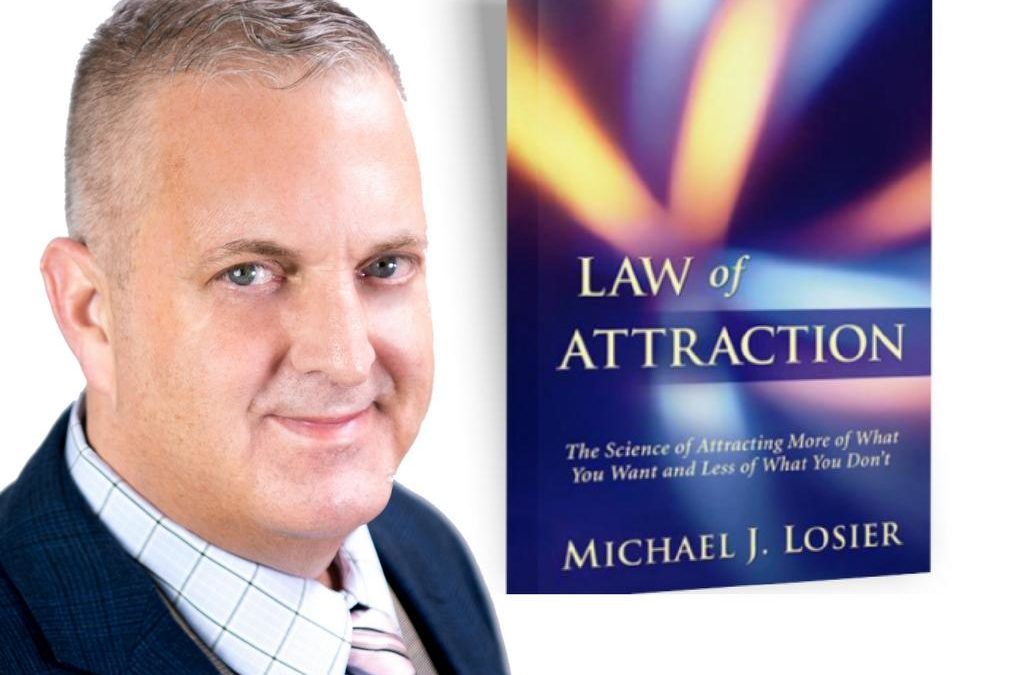 Have you ever felt like something fell in place at just the right time?  Have you experienced serendipity or coincidence?  Well you, sir/madam, have been experiencing evidence of the law of attraction.

Michael Losier is a best-selling author, speaker and trainer originally from New Brunswick, now living in British Columbia.  Michael started his journey after moving to BC and started a focus group on positive thinking out of his home.  Before long, he had close to 50 people coming to his home every Sunday.   One day, after talking with a motivational speaker, he was motivated to write his own book and become a speaker.

He has now done talks in 33 countries.  His book, “Law of Attraction” has sold 1.8 million copies, and his second book, “Law of Connection”, has sold over 500,000 copies.  He has been interviewed by Oprah Winfrey four times on her radio show and was even asked to host a radio show on Oprah’s radio station; all of this without ever actively eliciting business.

The law of attraction focuses on positive vibrations.  Simply said, having positive thoughts attract the things you want in life and negative thoughts do the opposite.  The law of attraction suggests that we use positive language, and to avoid negative language.   Michael suggests we avoid the words “no”, “not” and “don’t” as they only bring attention to the things we don’t want.  Imagine you typed “no football” into Google, what do you think would come up in your search results?

Greg and Dave learn from Michael that the speed at which you will attract what you desire is equal to how much doubt you have.  Greg is reminded that optimism is the fuel of the engine of success.  Dave is reminded that we need to keep a check of the negative words and lies we tell ourselves.   Michael suggests that whenever we are thinking the words “no”, “don’t”, and “not” that we should ask ourselves, “So what do I want?”  Michael also reflects on perseverance and doing things because you have a passion for them and not for other people’s approval.