The B Corp Community’s Journey Towards Adding A Lens of Diversity, Equity and Inclusion

Three white guys have an uncomfortable conversation about race. Our guest Ryan Honeyman, who is the co-author of The B Corp Handbook, leads Dave & Greg on a discussion around the importance of changing our perspective from being “not racist” to “anti-racist”. Ryan speaks to us about how he’s needed to adjust his perspective as a white male. We hear how important it is to not shy away from topics that might make you feel uncomfortable. We all need to see the reality of racism in our culture that unconsciously impacts our beliefs.

First 10 Minutes
We get re-introduced to Ryan Honeyman who has been on the podcast once before. He explains the work he does with LIFT economy and his role in the B Corp movement, including co-writing the B Corp Handbook. He speaks how in the 2nd version of the handbook having a perspective of diversity, equity and inclusion was necessary.

10 Minutes – 20 Minutes
The group discusses the difference between being not racist vs anti-racist. The conversation evolves to talk about the role that white people have to play in the race conversation. The group also discusses the unconscious biases that exist in our culture that inform some of our beliefs.

20 Minutes – 30 Minutes
Ryan shares how they are working in the B Corp community to identify the unconscious biases that exist in their organization to address racism which is impacting all sides of businesses. Dave shares the idea behind the Million Dollar pledge effort. 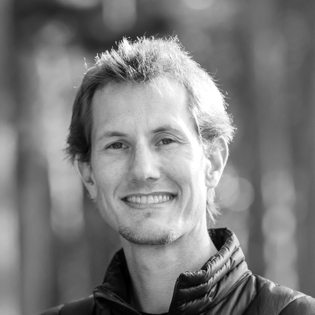 Ryan Honeyman is a Partner / Worker-Owner at LIFT Economy and coauthor of The B Corp Handbook: How to Use Business as a Force for Good (Berrett-Koehler Publishers). Ryan has helped over 30 companies—like Patagonia, Allbirds, Ben & Jerry’s, King Arthur Flour, Tanka Bar, and Red Bay Coffee—become Certified B Corporations and maximize the value of their B Corp certification.

The B Corp Handbook: How to Use Business as a Force for Good
https://www.lifteconomy.com/book

LIFT’s mission is to create, model, and share an inclusive and locally self-reliant economy that works for the benefit of all life.

LIFT’s mission is to create, model, and share an inclusive and locally self-reliant economy that works for the benefit of all life.