Our lives are often times built around the work that we do with recent society trends pushing us to be “busy” every hour of the day and creating a stigma of failure or poor leadership when we aren’t. Our guest today Dan Pontefract is calling out this behaviour using his decades of experience in the corporate world to highlight the hypocritical and unhealthy behaviours being found in leadership roles. Dan leads Greg and Dave on a laughter-filled, but thought-provoking discovery where he explains what the work he is doing and the goal of the books he has written is. Dan wants to help people understand that slowing down, taking time to think and being driven by a purpose will lead not only to a productive life, but to overall happiness we should all be striving for.

1:15 Greg and Dave talk about some interesting documentaries that Hemmings House has been working on lately.

4:00 Dan introduces himself and explains how his goal in the business world is to build bridges and hoping that leaders and organizations will do better with what they do in the world.

5:00 Dan spent 25 years working within organizations and last year decided to start his own business and write a book.

5:20 Dave asks Dan if he can explain his choice and journey out of the corporate world to start his own business

5:45 Dan talks about he feels much more free in his current business to say what he wants and not feel restrained by the impact of corporate shackles.

7:33 Dan explains how in that role he helped organizations work with corporate clients to envision a different way of doing business.

8:25 Dan says he just took that five years of experience and started his own business

8:35 Greg explains how many producers in the film field took what they learned from working with the giants to build their success. He sees connections to how Dan has taken the knowledge of working with corporate space

9:45 Dan says that he’s been asked many times to write a book about that exact experience of how to make that jump out of that space

11:13 Open to Think” is an analysis of how we operate in our day to day lives and Dan’s point is that we need to open ourselves up to pause more and give us more time to think.

12:15 Greg asks what some of the solutions might be.

12:35 Dan talks about how when you work with corporate clients that their calendars are so full that there’s no time to stop and think and plan about things.

13:50 Dan says you need to take time for yourself as one solution to the issue.

14:20 Greg talks about listening to the Tim Ferriss interview Greg Mckeown around his book of Essentialism and learning how to say No and he had to say No just recently because it was taking too much time out of his life.

15:27 Dan says you need to have confidence in yourself to say No and that’s a bigger issue.

16:07 When we spread ourselves too thin, we have five yeses that aren’t bad examples of good work.

16:28 Greg asks Dave how he gets in the workouts in mornings and finds balance.

16:40 Dave says the big thing for him is that as a coach, he has to copy the things that he’s telling ours to do.

17:18 Dave says how sometimes we can feel uncomfortable with that extra time in our calendar because being busy seems more productive

17:57 Dan explains how his first book Flat Army, ATNA, “All Talk No Action” and reinforce how Dave’s approach avoids being a hypocrite which he sees in so many organizations

18:50 Dave used an example of team coaching experience when he had a leader of the company saying he wanted leadership coaching, but he wouldn’t join it.

19:24 Dan says this could also be what causes issues in those packed calendars since C-suite are looking over employees shoulders and encouraging them to be busy

20:00 Dan highlights how Darwin went to an island, but it took 23 years of thinking to put out his theory

21:14 Dan thinks there’s a stigma in organizations that if you aren’t “busy” you’re considered a lesser class or just not a leader

21:30 Dave talks about the example of the million dollar pledge with businesses for the United Way and how that idea came about when he was not working.

22:20 Dave gets most of his ideas when he’s exercising

22:32 Greg gets ideas when he’s drinking

22:50 Dave says he likes realizing where his best ideas come from, but we somehow are limiting our abilities to think.

23:18 Dave asks how Dan works with people how he helps them find that time to think.

23:32 Dan says it starts with a time audit, understanding where your 168 hours a week are going. What do you put into sleep, working, family time, etc.?

24:11 Dan says next you need to find new habits to start, like blocking off Friday afternoons, fitness time or reading schedules

24:40 Asking yourself what’s going to make me smarter, better and ultimately happier in life.

24:52 Dan’s second book is called The Purpose Effect because he feels we’ve lost the reason why we do the things we do, and that makes us miss happiness.

26:00 Greg says a lot of times it’s about saying No to yourself and accepting the ideas you can do.

28:49 Greg and Dave talk about their takeaways 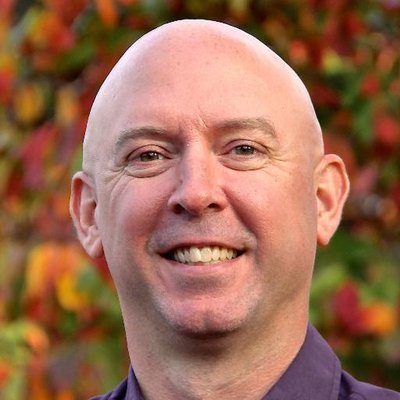 Dan is the best-selling author of three books: OPEN TO THINK, THE PURPOSE EFFECT and FLAT ARMY. A renowned speaker, Dan has presented at four different TED events and also writes for Forbes, Harvard Business Review and The Huffington Post. Dan is an adjunct professor at the University of Victoria, Gustavson School of Business and has garnered more than 20 industry awards over his career.
Previously as Chief Envisioner at TELUS, a Canadian telecommunications company with revenues of $14 billion and 50,000 global employees, he launched the Transformation Office, the TELUS MBA, and the TELUS Leadership Philosophy–all award winning initiatives that dramatically helped to increase the company’s employee engagement to record levels of nearly 90%. Prior to TELUS he held senior roles at SAP, Business Objects and BCIT.

He is the founder and CEO of The Pontefract Group where he helps people and organizations with aspects related to culture, leadership, purpose, thinking & engagement.

Dan and his wife, Denise, have three children (aka goats) and live in Victoria, Canada.